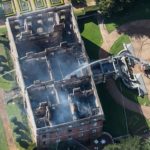 A former secretary of the influential Georgian Group has criticised the National Trust for not learning lessons from major fires in their buildings. Roger White, in a letter to the Daily Telegraph on 21 January said:

After the Uppark fire one might have expected the Trust to install sprinklers in its properties. If it had, there might have been water damage to artefacts, but we would not now have a roofless shell”. 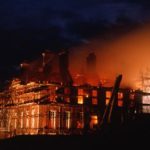