In the early 1900s the FOC set up a test laboratory on the outskirts of London at Borehamwood, which at the start of World War II was taken over by the government as the Fire Research Station (FRS), with the FOC’s technical department being represented by a combined group called the Joint Fire Research Organisation (JFRO).

The Fire Protection Association (FPA) is the UK’s national fire safety organisation and we work to identify and draw attention to the dangers of fire and the means by which their potential for loss is kept to a minimum.

Since our formation in 1946 we have attained an unrivalled reputation for quality of work and expertise in all aspects of fire including research, consultancy, training, membership, publications, risk surveying and auditing.  Our products and services are designed to assist fire, security and safety professionals achieve and maintain the very highest standards of fire safety management.

The FOC rules were periodically updated with the final version being published in 1967 as the rules of the Fire Office Committee for Automatic Sprinkler Installations 29th edition.

The British Automatic Sprinkler Association, founded in 1974, is the largest and most influential trade organisation in its field.

In the early 1980s, aided by the ABI (Association of British Insurers), there was a parting of the ways to address the often incompatible issues of ‘life safety’ versus ‘business and property protection’, and the technical arm of FOC formed the Fire Insurer’s Research and Testing Organisation (FIRTO). FRS remained a government organisation until it was absorbed into the Building Research Establishment (BRE).

IFC was established to provide a source of high quality, independent technical expertise in Fire Safety.  We are committed to the advancement of fire safety engineering and to this end are heavily involved in research and development projects as well as striving to improve Regulations, Guidance and standardisation of practices throughout the industry.

The responsibility for the updating of the sprinkler rules was transferred to the Loss Prevention Council, (LPC), on its formation in 1988.

FIRAS certification started in 1994 and has been instrumental in improving standards of installation of fire protection products/systems to the benefit of the construction industry and the clients it serves.

FIRAS is voluntary, third party certification for installation contractors of both passive and active fire protection systems, operated by Warrington Certification, and accredited by UKAS to EN45011.

In 1999 UK insurers sold LPC Laboratories and LPCB to BRE, retaining the Fire Protection Association (FPA) which relocated to offices at Blackfriars in London. Many of FPA’s current staff has over the years worked for a number of the aforementioned organisations.

The current LPC Rules for Automatic Sprinkler Installations; as published by the Fire Protection Association (FPA) incorporates the full BS EN 12845 supported by a series of Technical Bulletins and Supplementary Information

FIRAS is a third party certification scheme that verifies the competence of a contractor company to design and install sprinkler systems to satisfy BS9251:2005 or BSEN 12845:2009

At the specific request of the British Automatic Fire Sprinkler Association (BAFSA) the principal sprinkler trade association, and the Insurance Industry for an alternative and equivalent scheme to LPS 1048, Warrington Certification Ltd Launched the FIRAS Commercial & Industrial Sprinkler Systems scheme in 2004. At the time Warrington Certification Ltd were already operating the well-established FIRAS Residential & Domestic Sprinkler System scheme and the expansion in to the Commercial and Industrial market place was seen to be a natural scope progression.

It was formulated in complete Liaison with representatives from both BAFSA and principal members of the Insurance Industry and is now considered by the aforementioned parties to be an equivalent to the LPS 1048 scheme in all respects.

Enquiries should be directed to any of the companies below: 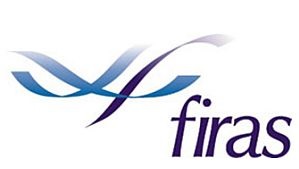