Major Report on Arson Published: Wider Use of Sprinklers Recommended

Home/News & Information/Major Report on Arson Published: Wider Use of Sprinklers Recommended
Previous Next

Major Report on Arson Published: Wider Use of Sprinklers Recommended 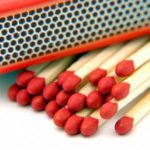 Deliberate fires not only endanger life, but also cost a vast amount of money. The Association of British Insurers state that their insurers pay out over £1bn in fire related claims each year and the larger loss fires are in non-domestic buildings. At the same time, the damage to property, business interruption and inconvenience arson causes is significant. The approach towards arson reduction is not as joined up as it could be, and the level of investment directed towards tackling arson is limited, to say the least. When investigating what is currently taking place to combat arson, a range of examples of fire and rescue services’ work was provided, some of which involved the police and other agencies but examples of the work of other partners were harder to come by. The report therefore concludes that there is a need for all the various agencies with a responsibility and interest in arson to work better together; pooling resources and funding as well as expertise and knowledge. Details of successful interventions must be shared and learned from if we are to increase the downward trend in deliberate fires.

It is recommended that the insurance industry play a leading role in arson reduction interventions, invest in prevention, working with police and fire and rescue services and use partnerships with other agencies. In addition, the insurance industry is invited to commission research to enable a better understanding of the risks with the Association of British Insurers collating good practice with respect to arson reduction arrangements within the insurance industry and sharing this with the Arson Prevention Forum for wider dissemination. The RISC Authority, working with the Association of British Insurers, should ensure that data required to inform the scale of the problem is presented and the industry reports on what has worked previously to drive down claims. Specifically, it is recommended that a figure is captured for the cost of arson as this is currently not separately recorded from the total cost of fire. Finally for insurers, the insurance industry to consider the role sprinklers may play as a means of protecting properties and reducing the impact of arson.

At the same time, recognising that others have a role and significant contribution to make, the Police (including the Home Office and Police & Crime Commissioners) need to show visibility, commitment and drive to further reduce the crime of arson and associated antisocial behaviour as leadership will ensure arson is reduced, supported by working relationships with partners at a tactical level. A focus on partnership working should continue with renewed vigour, especially between fire and rescue services and the police via Chief Fire Officers Association and Association of Chief Police Officers – soon to become National Police Chiefs Council – supported by the Local Government Association (LGA) and Association of Police and Crime Commissioners (APCC). The Arson Prevention Forum should continue to coordinate learning from local arson reduction programmes and the Crown Prosecution Service should share lessons learnt from successful and unsuccessful prosecutions. Finally, discussions should be encouraged at Central Government level to enable greater emphasis and awareness on arson reduction arrangements.

The Arson Prevention Forum, supported by the effective engagement and contribution from the ABI, FPA as well as Zurich and AXA, will coordinate improvements and the report will be presented to the All Party Parliamentary Group on Insurance and Financial Services in January 2015. The report is intended to be the catalyst to inspire an increased focus on

arson to help raise awareness of the issue, improve public safety and reduce costs to insurers and policy holders. This is a shared agenda requiring shared ownership and a response to the report’ “Call to Action.” Further information on the Arson Prevention Forum along with resources and examples of notable practice can be found at: