On 11/06/15 at 21.45 hours crews were called to AFD actuating and smoke issuing from retail unit within 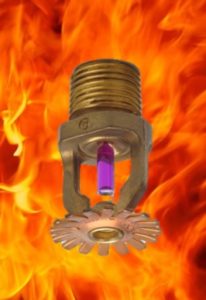 A full evacuation took place with some 5000 – 8000 people leaving the station uninjured and trains were put on caution.

Crews arrived to find water running from the shop unit out into the concourse and after making entry into the shop it was found that a sprinkler head had actuated at the rear of the shop unit up within the false ceiling. There was some smoke but no fire was visible.

After investigation a fire damaged air conditioning unit  was found and the sprinkler head that actuated was directly above the unit and had extinguished the fire.

Fire damage was confined to the air conditioning unit and the immediate area surrounding it with some smoke damage to the shop unit. Minimal amounts of water had travelled into the adjacent shop unit.