A 16th Century Tudor hall in Manchester has suffered extensive damage during a fire.

In the early hours of 15 March, more than 50 firefighters attended a fire at Wythenshawe Hall, which destroyed the building’s roof and caused extensive damage to an upper floor.

The timber-framed hall was built in 1540 and was home to the Tatton family for about 400 years. The property and the surrounding land were donated to Manchester City Council in 1926 and it now acts as a tourist attraction. 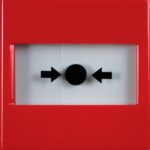 The incident is being investigated by both police and Greater Manchester Fire and Rescue Service (GMFRS) and is considered ‘suspicious’. GMFRS incident commander Peter Lamb believes the presence of a sprinkler system would have limited the damage. He said: ‘We recommend sprinklers in all buildings where possible – it did have an automatic fire alarm system and thankfully that gave us the early warning which got us here within minutes, whereas if it hadn’t had that would have been in serious trouble.’