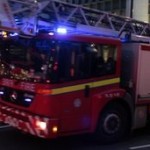 London Fire Brigade (LFB) is to charge businesses for call outs if they attend more than 10 false alarms in a 12-month period, from 1 January.

During the last financial year the service was called to 403 locations more than 10 times, costing the brigade about £800,000.

Had charges been in place, nearly £500,000 would have been recouped from London hospitals alone.

LFB said the £290 fine would not affect domestic properties or care homes.

During the last financial year there were 25,550 attendances to false alarms at non-residential or other buildings, costing the brigade about £37m.

If the charges had been in place, airports would have paid out £66,410 for 229 penalties while student halls of residence would have added £45,240 to the pot for 156 incidents.

James Cleverly, from the London Fire and Emergency Planning Authority (LFEPA), said: “The public deserve and expect firefighters to be available to attend genuine emergencies rather than attending thousands of false alarms.

“The vast bulk of automatic fire alarm calls turn out not to be fires, these are often caused by poor management or maintenance of alarm systems.”

LFB said it hoped the charge would lead to better maintained fire alarms which were not triggered by burnt toast, steam or dust.

It added it was also “concerned” that regular false fire alarms could lead to people ignoring them, which “could be disastrous” in the case of a real fire. 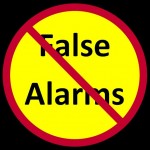 Solutions to reduce the numbr of false alarms

A spokesperson for NHS England said: “The safety of our patients and staff will always come first, and we are very grateful for the assistance of the London Fire Brigade and other emergency services when required.

“It is the responsibility of all healthcare staff to improve fire safety and only call the fire brigade when it is a genuine emergency.”