Following the fatal Grenfell Tower, many people will today be asking how such an incident occur. 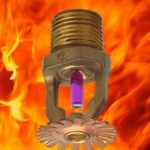 Examination of the facts and a formal investigation will be ongoing but meanwhile BAFSA can confirm that the building dates from 1974, when sprinklers were not required in high-rise apartment buildings in the UK.

Grenfell Tower was given a major refurbishment, costing £10 million, which was completed last year. Sprinklers are not required in an existing building and all reports indicate that they were not fitted. We believe that the cost do so would have been about £0.2 million (around 2% of the refurbishment cost). New external cladding was fitted and it looks from all the visual evidence that this was combustible. We do not know if the cladding was fitted to improve thermal insulation or purely for aesthetic reasons.

At this stage we cannot be certain how the fire started. Reports suggest it began in an apartment on the fourth floor. If that is correct, it is highly likely that a sprinkler system would have prevented the fire from developing as it did.

Alan Brinson of the European Fire Sprinkler Network has this to say ”This fire is similar to The Address fire in Dubai on New Year’s Eve 2016. The difference is that building had sprinklers and nobody was killed.”

BAFSA Chief Executive, Keith Macgillivray MBE added “The families and friends of the Grenfell Tower community are in the thoughts of BAFSA and its members as are the members of the Fire & Rescue Services who are still endeavouring to extinguish the fire.”