In 2012 BAFSA demonstrated that it is cost effective and practical to retrofit automatic fire sprinklers in existing high-rise tower blocks in particular in those constructed between 1950 & 1970. 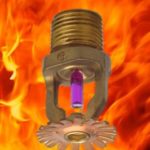 In a pilot project, which installed automatic fire sprinklers in a 13 storey, 1960s tower block in Sheffield – Callow Mount, BAFSA demonstrated once and for all how significant improvements in life and building safety can be achieved with minimal disruption by retrofitting an automatic fire suppression system.

In 2012 the average cost per one bedroomed flat was just under £1,150 which included the provision of sprinklers in utility rooms, common areas, in stores and an office.

Since then BAFSA members have worked with Councils in the UK, retrofitting some 100 of the 4000 older, high rise tower blocks.  Experience has shown that costs vary according several factors including:

An analysis of retrofitting work in high rise tower blocks completed in the past 5 years confirms that costs per flat average out between £1500 and £2500 per flat.

It is essential that all fire protection and prevention contracts are undertaken by competent people utilising 3rd Party Approved products which are suitable for the task in hand.

BAFSA is dedicated to making sure that sprinkler systems are installed to the highest professional standards. All BAFSA members have 3rd Party Approval and are regularly inspected by  UK’s  3rd Party Certification bodies.

In pursuance of this commitment BAFSA launched the first accredited sprinkler installation qualification – the IQ Level 2 Certificate in Fire Sprinkler Installation.  This qualification is intended for people employed in installing fire sprinklers to develop the knowledge and competences necessary to meet the industry standards for the installation role. This course has government recognition in England and is currently available from the Manchester College, Neath Port Talbot Group College and Llandrillo College.

An Upskilling Award is also available at the Neath Port Talbot Group College.