Waste recycling site operators across Derbyshire are being warned of their responsibilities to both the public and to neighbouring businesses following a serious fire in September 2012 at Arcwood Recycling, Stanton by Dale, Ilkeston. 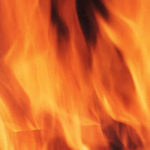 Prior to the fire, Fire Inspectors had visited the site and provided advice and guidance, warning the company about the lack of adequate fire safety measures and the extent of stacks of combustible material which would be too large to control in the event of a fire.

Both Arcwood Recycling and its sole Director and premises licence holder, Luke Barker were convicted at Derby Crown Court after pleading guilty to a series of Fire Safety offences at the site.

Today, Mr. Barker was sentenced to 10 months imprisonment (reduced from 15 months as a result of his guilty pleas) for offences including having no fire risk assessment and not taking adequate general fire precautions as required by the Regulatory Reform (Fire Safety) Order 2005. He was also disqualified from acting as a Manager or Director of any company for a period of eight years. 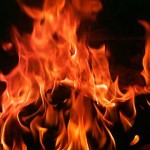 Mr Barker was also sentenced to 10 months imprisonment, to run concurrently, for a related environmental offence.  Arcwood Recycling was fined a further £8,000 and ordered to pay £7,500 in Environment Agency prosecution costs in relation to that offence.

In sentencing, His Honour Judge Gosling stated that the defendants’ actions had resulted in a catastrophic fire which was impossible to extinguish despite the best efforts of the Fire Service to do so. That fire created a risk of death or serious injury to employees and others nearby including firefighters. In particular he made reference to the obvious risk posed by the proximity of the stack to an overland gas main.