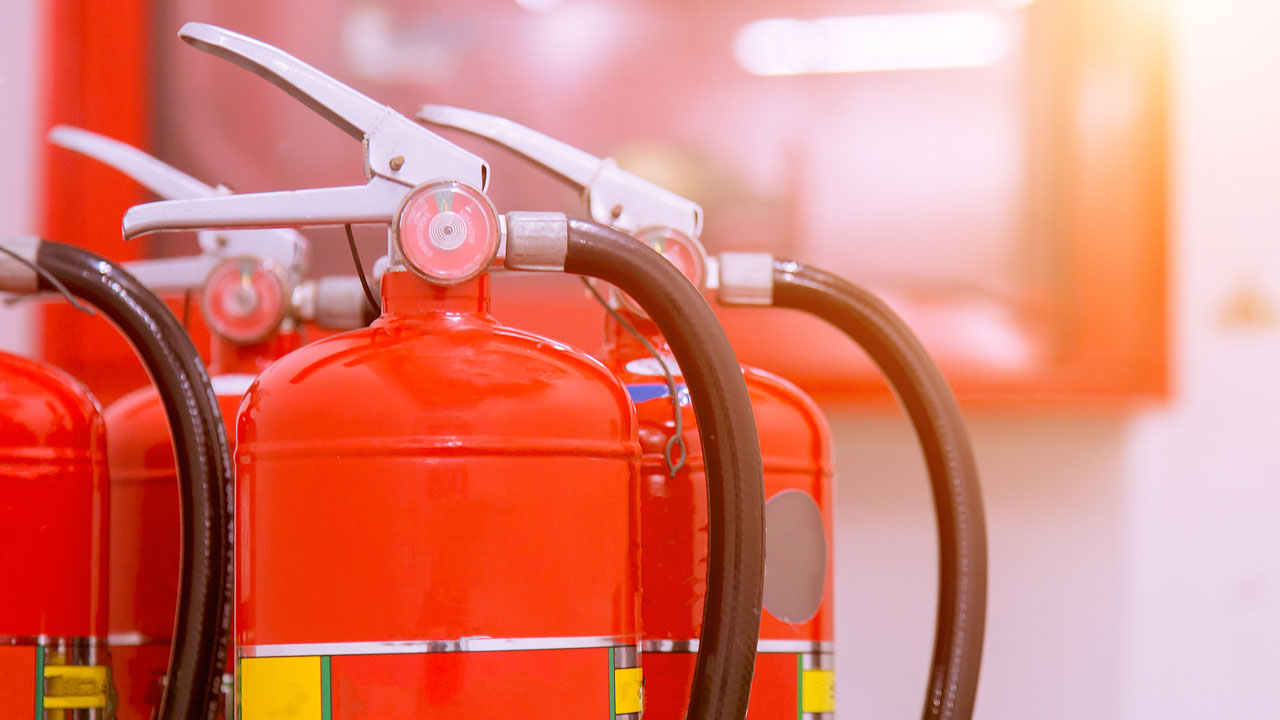 Class E has been discontinued, but covered fires involving electrical appliances. This is no longer used on the basis that, when the power supply is turned off, an electrical fire can fall into any of the remaining five categories. 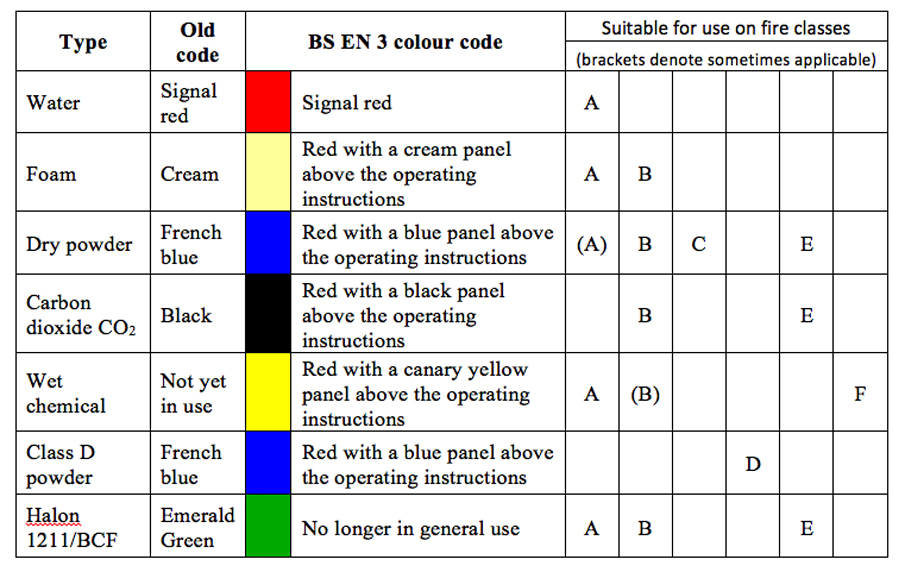 In the UK the use of Halon gas is now prohibited except under certain situations such as on aircraft and in the military and police.

Fire extinguishing performance per fire class is displayed using numbers and letters such as 13A, 55B.