A school residential block is thought to be the first in north Wales to install sprinklers after new fire legislation came into effect.

Wales became the first country in the world to make it mandatory that all new buildings – such as homes, flats and care homes – be fitted out. 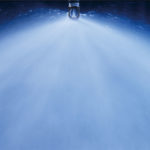 North Wales Fire and Rescue’s Stuart Millington said it is “leading the way”.

He said: “The legislation is intended to reduce the number of deaths and injuries from fire, improve the safety afforded to fire fighters and contribute to the sustainability of new developments.”

The school’s new-build is the first residential facility in north Wales to have sprinklers installed since the legislation came into effect, the service said.

However, the new rule has not been welcomed by all, with developer Redrow saying the “red tape” would lead to less new buildings in Wales.