The 100th anniversary of the start of WWI

The 100th anniversary of the start of WWI 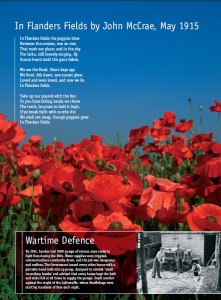 This year, the 100th anniversary of the start of WWI, more than 41 million iconic red poppies will be worn acrossthe country in remembrance of all the men and women who have lost their lives in all conflicts around the world. And with the deaths of Henry Allingham and Harry Patch, the last remaining ‘Tommy’ from WWI, the significance of Remembrance Day is more poignant than ever.

The annual Poppy Appeal is organised by the Royal British Legion, and the monumental task of prodcing enough poppies to go around requires a little more manpower than Ms Michael’s fi rst enterprising scheme. In 1922, WWI veteran Major George Howson developed a design for a poppy that could be easily assembled by disabled ex-service men and women. He set up a small production factory in East London, but by 1933 demand was so great that the British Legion Poppy Factory in

Richmond, Surrey, was officially opened. And the factory is still at the heart of the Poppy Appeal today.

By 2nd November this year, the 43 on-site employees and more than 80 home workers will have assembled around 670,000 special poppies, 100,000 wreaths and 750,000 crosses in addition to 41 million standard poppies, made to a design almost identical to the original one used in 1922.

But it’s not just the poppy that thrives on good basic design. The Richmond factory has not only brought operations smoothly into the 21st century, it has the original fire sprinkler system in place – fitted in 1933, still fully operational and, since 2008, maintained and serviced by Fire Defence. And it’s a contract we’re very proud of. ‘Maintaining this system is a bit like working with a classic car,’

‘You just have to fi x the rust once in a while! But it’s a very important contract for us. The work done by the Legion is amazing, and when we won the contract we decided not to charge for labour, only the occasional materials at cost. It’s our small way of saying thank you.’ 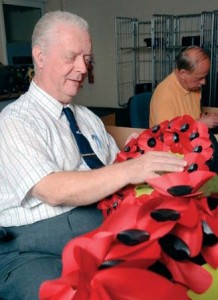 Over the years, the poppy manufacturing process has modernised and created extra space within the factory. This space has been transformedinto office suits and residential accommodation, all let out to raise money for the charity. Currently, this money is being used by the Legion to offer grant funding to 21 disabled ex-service men and women, helping them back into employment.

The Poppy Appeal plays a central role in helping us remember and honour our Armed Forces, and the factory that supports the operation has both a long and vibrant history and an exciting future role to play. One that FDS Ltd is privileged to protect.

They Shall Not Grow Old

They went with songs to the battle, they were young.
Straight of limb, true of eye, steady and aglow.
They were staunch to the end against odds uncounted,
They fell with their faces to the foe.

They shall grow not old, as we that are left grow old:
Age shall not weary them, nor the years condemn.
At the going down of the sun and in the morning,
We will remember them.

They mingle not with their laughing comrades again;
They sit no more at familiar tables of home;
They have no lot in our labour of the day-time;
They sleep beyond England’s foam

In Flanders fields the poppies blow
Between the crosses, row on row,
That mark our place; and in the sky
The larks, still bravely singing, fly
Scarce heard amid the guns below. 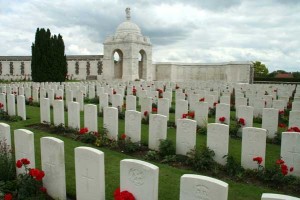 We are the Dead. Short days ago
We lived, felt dawn, saw sunset glow,
Loved and were loved, and now we lie
In Flanders fields.

Take up our quarrel with the foe:
To you from failing hands we throw
The torch; be yours to hold it high.
If ye break faith with us who die
We shall not sleep, though poppies grow
In Flanders fields